This is the fourth and final review from us of the current Pearse Irish Whiskey range. As you might be aware, we have previously covered “The Original”, “Coopers Select”, “Distiller’s Choice” and are now wrapping up the reviews with the 12yr old “Founder’s Choice”. This is presently the only Pearse Irish Whiskey that carries an age statement

As you’ll have read previously, the Pearse Lyons Distillery only opened last year and while they started distilling in Carlow in 2012, their stock is only just over 5 years old. So how have they released a 12 year old Single Malt I hear you ask? Well, quite simply, it is not their own liquid. The whiskey has been sourced for use by Pearse and while I could give a guess as to it’s origin, I wont……but it’s not the usual source in my opinion! Like everything with Pearse Irish Whiskey, this too has a little story attached to it. It’s a simple story…..the barrels of whiskey were personally picked by Dr. Pearse Lyons himself (RIP) and so, the whiskey became the “Founder’s Choice”. The legacy of Pearse just continues and continues.

Like all Pearse Whiskeys, this is natural colour, non chill filtered and bottled at 42% ABV. RRP is approximately €65.

Palate – Slightly viscous. Citrus notes, lemon and some orange zest. A slight sweetness with custard notes in there.

Finish – Medium to long. Smooth, with a slight burst of oak towards the end that lingers a little to give you a pleasant slightly spicy dance in your mouth.

Overall – Lovely whiskey that isn’t overly priced for what it is. Very enjoyable with it’s own distinct character that can often be lost when whiskey is sourced in bulk from another supplier.

I’m conflicted as to which Pearse is my favorite whiskey. While the Founder’s Choice is lovely and has the age statement in the range, I’m thrown up as to which of the four is my favorite. For me, it’s between the Cooper’s Select and the Distiller’s Choice. The Sherry side of me shouts Cooper’s Select but the blogger side of me roars back the Distiller’s Choice! I guess I’ll just have to try them again and compare……as if I needed an excuse to! 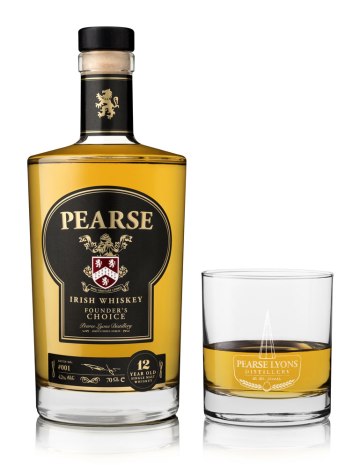 NOTE – This sample was provided by Pearse Irish Whiskey free of charge to the author. No monetary reward was received for the review. The review, as with all reviews, was written subjectively and not influenced in anyway.