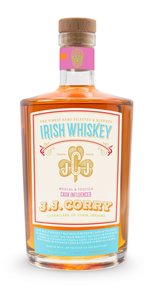 The Chapel Gate Whiskey company is going from strength to strength with their first releases from the J.J Corry line being huge successes. From tomorrow it looks like we are in for another treat from them as they dive into the innovation category of Irish Whiskey! The Battalion is the first Irish whiskey to have been infulenced by Mezcal and Tequila casks and I was lucky enough to taste the grain at 8yo in both Tequilla and Mezcal finishes. I was very impressed by both and the only way I could describe them is different! Different is good in Irish Whiskey. Difference will make them stand out and at €65 this looks to be great value, albeit only a 500ml bottle. Speaking to Louise this morning she told me that the unusual 41%ABV bottling strength was because it “just worked right”. They tried from 46% to 40% and 41% was deemed to be that magic number. I’ll have a review up once I pick up a bottle in the next week or so. Press release included below. I believe it will be available from the usual Irish stores such as Celtic Whiskey Shop along with our pals at Irishmalts.com in the next few days.

Cooraclare, Co. Clare, Ireland (May 1st, 2019) J.J. Corry  Irish  Whiskey, Ireland’s  first modern whiskey bonder, has launched The Battalion, a blended Irish Whiskey with mezcal and tequila cask influence. The Battalion is a 60% 9 Year old Grain and 40% 13 Year old Malt Blend bottled at 41% in 500mls with an SRP of €65. J.J. Corry Battalion is the world’s first Irish whiskey made using tequila and mezcal casks to influence its flavour. Batch 1 will consist of an edition of 700 bottles.

The Battalion is named in honour of the Battalion San Patricos, (Saint Patrick’s Battalion) a group of Irish men who fought for Mexico in the Mexican/American War of 1846-1848. The Battalion was comprised mainly of Irish Immigrants, many from the West Coast of Ireland, who had defected from the American side to fight for Mexico.

Founder Louise McGuane commented;  “We brought back the lost art of whiskey bonding a practice which had totally died out in Irish Whiskey. Our intention has always been to respect tradition but embrace change. As modern whiskey bonders we do exactly as J.J. Corry would have done, use the casks at his disposal to impart unique flavours in his blends. J.J. had access to rum, Bordeaux & sherry casks, we are lucky enough to be able to look as far afield as Mexico and beyond for flavours that work with Irish Whiskey.” “At JJ Corry, we take inspiration from the work of artisanal spirit producers around the world. The best Mezcal & Tequilas are, at their heart, produced in rural locations by families, with whom we share a significant affinity with given our approach to whiskey making on our family farm on the West coast of Ireland.”

“Our latest release is a meticulously blended whiskey with tequila and mezcal cask influence. We decanted grain into Mezcal & Tequila casks and malt into mezcal casks to mature for seven months. We then vatted a grain tequila/mezcal blend we felt best expressed the agave notes we wanted to pull out of those casks. This was then blended with 40% of the 2006 Malt Mezcal influenced whiskey. The result is a really unique whiskey with green herbal notes and the slightest touch of agave. As bonders our effect on the final product comes from our approach to the blend and of course to the casks we use. We named it in honour of the men of Saint Patricks Battalion because independence has always mattered around here.”

J.J. Corry Irish Whiskey was founded by Louise McGuane in 2015 and has resurrected the lost art of Irish whiskey bonding under the JJ Corry brand name. The company is maturing whiskey in a purpose built bonded rackhouse on the McGuane family farm in Cooraclare, County Clare, Ireland. Irish Whiskey Bonding is the practice of sourcing whiskey from third party distilleries, maturing it onsite until it is ready and then finishing or blending liquids to create a unique stand-alone whiskey. Bonding was a once common way of producing whiskey in Ireland and bonders were often publicans and grocers in local towns creating whiskey for their local clientele. The practice died out in the early 20th Century when the Irish whiskey industry collapsed. Instead of selling to bonders, the few remaining distilleries in Ireland chose to control their route to market and cut off supply to the local Bonders.

As the company waits for their own Irish whiskey casks to come of age, they have sourced mature Irish whiskey from existing stocks in Ireland. With these casks they have created a series of unique and complex blends to build a future house style and flavour profile. 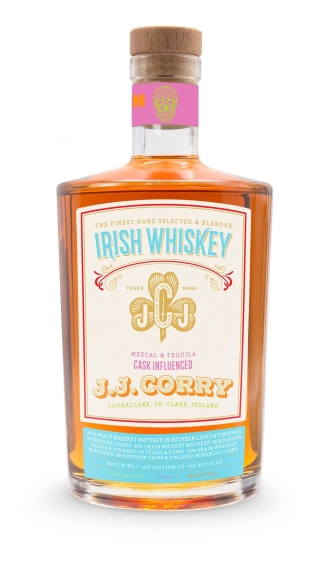