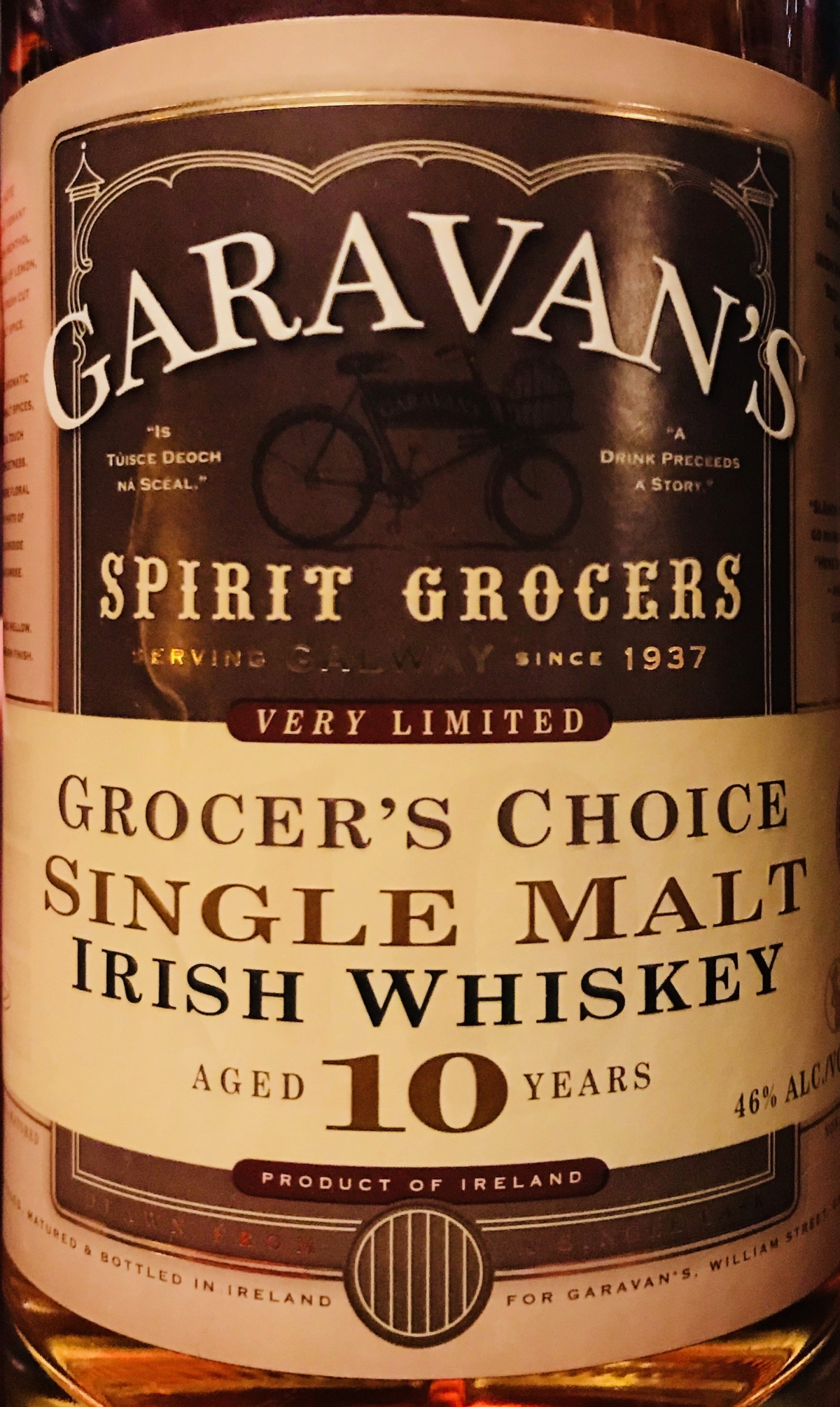 So I’m in Galway today and after seeing the release of Garavan’s own “ Grocer’s Choice” 10yr old Single Malt on Monday evening I said I just had to pop in for a dram which has lead to this unplanned blog entry.

For anyone who has experienced the bar they will understand the warm welcome you get from not only the staff, but the regulars too. The snugs, the low light and the décor is fantastic. With a massive selection of whiskey/whisky, I’m sure I would have been left trying to decide for an age on what to have, but today, I was on point for their own release. I didn’t really have enough time to be able to savour it to do a proper review so I’ll make this brief and hopefully in the future I can call back in! At 10yrs old and bottled at 46% this is undoubtedly a Cooley Malt.

Nose – Sweetness with floral and malt notes. Floral notes in it make way to cut hay on a summer day (hey that rhymes!).

Palate – It is almost chew-able. Orange zest, vanilla, butterscotch and something reminding me of oak shavings (can’t remember ever eating oak shavings though……).

No water was needed for this dram and even though I added a drop after I had half of it gone, I regretted it as it did nothing for it. Now on second review, that may change, but it’s a dram that didn’t need anything else. 3 hours later and I’m still regretting adding the water! The new Tyrconnell Single Malt has gone from 40% to 43% which put it back on my radar last year. Unfortunately, Tyrconnell’s entry Malt had been written off by me in times gone by until the addition of the 3% ….it makes a huge difference. This Garavan release adds 3% to that and an age statement which puts it right in the direction of the Tyrconnell 16 territory! At €7.25 a measure it is slightly on the expensive side, but only slightly. I would hazard a guess that, if entered,  it could easily make an appearance at the Irish Whiskey Awards next year…….. For me, I’ll be back to try it again if nothing more than to make sure my palate wasn’t adversely affected by the Galway air!